Welcome To The Jungle.
It was after around five years of experience with Ayahuasca that I finally felt the timing was right for me to make the pilgrimage to its cultural home, the Amazon Rainforest. Unlike many who arrive there to drink the sacred visionary plant medicine for the first time, I was new to the setting, but not to the medicine. This afforded me the ability to see with both new and experienced eyes as I spent nearly five months observing the power dynamics of Ayahuasca shamanism in the Peruvian jungle.

When considering the issue of the acquisition of power, whether it be a shaman attempting to gain extra-ordinary abilities or a CEO engaging in a hostile takeover – the core question remains the same. Are they in service to self above others, or are they in service to the good of all?  If there was ever a definitive line between the jedi and the dark side, this is it.

The Wounded Healer.
There are a number of reasons for drinking Ayahuasca. The vast majority of people treat it as a plant medicine or entheogen seeking healing or growth: physical, emotional, psychological or spiritual healing; or they seek insight, personal and/or spiritual evolution. In fact it is very hard pick these two aspects apart. Very often it is more like the mythic path of the wounded healer archetype, where the transmutation of illness is precisely that which leads to insight and personal evolution.

Admittedly, the odd occasion does occur when someone arrives and wants to try Ayahuasca for entertainment, somehow mistaking it for just another recreational drug. Not long after they encounter the power and intensity of the tea they tend to either shift into treating it with deep respect and using it to do their inner work, or they run away from facing themselves as quickly as possible.

Stalking Power.
Those who stay, whether they know it or not, have begun the process of seeking power: power over addictions, the power of self control; shifting from a position of physical weakness and illness to a position of power and strength; release from anxiety and the influence of past trauma to a more empowered sense of self. These are all valid reasons for seeking help from what many traditions refer to as the master plants. People come for exactly these kinds of reasons, many of whom, when they reach the level of healing or self-determination they were seeking, simply go home and live their lives.

There is perhaps an even larger amount of people who know without question that someday, they will be back to drink again. It is these seekers who end up engaging with search for shamanic power in a more active way, a little closer to the way that a shaman seeks power. The former may define themselves as having ‘worked with Ayahuasca’ in the past tense, while the latter are more likely to say: ‘I am an Ayahuasca drinker’. In this way the vine is spreading her tendrils all over the world.

The Cult of Ayahuasca.
There are certainly parallels to the concept of religious conversion here as well as numerous others – most notably being sacramental communion. There is a clear defining difference, however, between religion and shamanism. Religion is a process where people are first expected to have faith and are promised that later, after death, the personal experience proving the existence of the divine will arrive. And what is it they are expected to have faith in but the first hand visionary experiences of mystics who lived centuries or millennia ago.

Shamanism, on the other hand puts the horse back in front of the cart. It instead suggests that we first have the personal experience of the divine, then allow whatever kind of faith to emerge from that personal experience. In this sense, shamanism in general has the potential to be far more egalitarian and less hierarchical than religion. When the primary source of doctrine comes from one’s own personal experience while directly communing with nature, then there is less need for middle men and no need for scripture dictating what people should and shouldn’t believe.

There is a distinct difference between a cult and a dangerous cult and if Ayahuasca is indeed a cult, it certainly doesn’t meet the criteria for being the dangerous kind. People do not have their own free will removed from them. They are in fact empowered to form whatever personal beliefs they choose based on their own direct experiences. In this way Ayahuasca culture resembles a dangerous cult less than culturally accepted mainstream religions, which expect you to believe what you are told by others.

This isn’t to say that there is no hierarchy or gate keepers in shamanism. The fact is that Ayahuasca in particular requires an experienced facilitator to care for and guide people, due to the deep levels of vulnerability the medicine can bring about.

Power Keepers.
Steve Beyer shares in his book ‘Signing To The Plants’, that well before the relentless waves of Ayahuasca tourists began crashing into South America, there were in fact many Ayahuasca shamans in the Amazon who didn’t allow their patients to drink the jungle medicine at all, reserving its secrets only for themselves. Ross Heaven, in his book ‘The Hummingbird’s Journey To God’ mentions Andean shamans who intentionally kept the full power of their sacred medicine, Huachuma (San Pedro cactus) hidden from the patients they shared it with.

The question as to why they might have restricted access to the secrets of the master plants, as always, comes down to whether they were in service to self above others or in service to the good of all. Perhaps it’s just that their ego enjoyed being the exclusive keeper of that knowledge. Alternatively they may have been completely humble and in service to the good of the tribe, but feared this power falling into the hands of those who were inclined toward their own self interests at the expense of others. 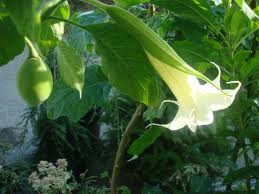 Power & Vulnerability.
The first consideration on arrival is ones level of vulnerability.
Someone with no Ayahuasca experience and no travel experience with little or no Spanish is going to be an easier target for less than scrupulous operators – of which there are many. Someone with physical illness or psychological issues, in search of healing, has an added layer of vulnerability. Female and travelling alone? Never heard of potentially life threatening plants like toé (datura) because you were naïve and didn’t do enough research? Didn’t look into potentially life threatening contraindications with your prescription medicines? You get the picture. The higher your level of vulnerability,  the higher the level of risk.

Another thing that affects a persons level of vulnerability is their level of sensitivity. Too desensitized by the toxicity of western culture and you may not be able to feel when you are being manipulated. On the other hand if you’re acutely sensitive and empathic to the moods and energies around you, you may be vulnerable due to having less clearly defined energetic boundaries.

How Vulnerable?
When dealing with substances that have the potential to, at times, render a participant completely helpless in a very real and physical way, you want a guide who you can trust to truly care for you.

To use a western example, anyone with any sense would exercise care when choosing a hypnotherapist. We naturally want to make sure that there is trust when there is even the slightest possibility of the person getting inside your head and rewiring it in a way that is unethical and in service to themselves. Is it hard to find an ethical and trustworthy hypnotherapist in the west? Not at all, but the Amazon is not the west and Ayahuasca is not hypnotherapy.

Amplify the potential vulnerability of a hypnotherapy session by numerous orders of magnitude and you’re starting to get a picture of Ayahuasca. Not only that, but consequences for unethical behavior in the jungle are few and far between. One of the biggest challenges is that Ayahuasca is not the only powerful potion in the jungle, and other plants can be added to the brew, very often without the participant’s knowledge. One such example is toé, known in the west as datura. It contains scopolamine which is known to increase suggestibility dramatically.

I Hope That Shaman Is Trustworthy.
If you’re having a hard time imagining the effects of datura, here’s a (very watered down) pop culture example. Think of the movie Batman Begins where Bruce Wayne, in his final test with the ninja clan, is under the influence of the purple flower [link to clip on youtube]. Now imagine you are in a ceremony and this is the kind of internal experience that’s happening to you, but much much stronger, and you’re an attractive young woman… and your willpower has been dialed down to about two percent… and you’re physically incapacitated… and the chances of you remembering anything tomorrow are somewhere between slim and none.

I really hope the shaman you are with is trustworthy.

Click through to Power and Plant Spirit Shamanism: Part II, where Jonathan Davis goes deeper into the dark side of Ayahuasca shamanism, and comes out the other side with hope and insight about both the future of Ayahuasca and the future of the human species.

Jonathan Davis is a writer and filmmaker with a strong personal interest in encouraging the responsible and sustainable use of plant medicines and entheogens for healing and personal growth.

An abridged version of this article is published at theplanthunter.com.au .