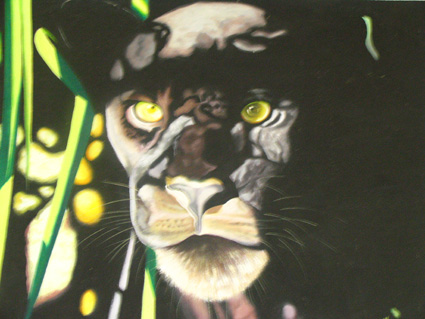 From the introduction to the new edition of Aya Awakenings: A Shamanic Odyssey from North Atlantic Books (Nov 5, 2013)

Terence McKenna was one of the foremost proponents of the need for an “Archaic Revival” of culture. In his 1989 bookFood of the Gods, he wrote: “Psychedelic shamans now constitute a worldwide and growing subculture of hyperdimensional explorers, many of whom are scientifically sophisticated. A landscape is coming into focus, a region still glimpsed only dimly, but emerging, claiming the attention of rational discourse – and possibly threatening to confound it. We may yet remember how to behave, how to take our correct place in the connecting pattern, the seamless web of all things.”

As I write this introduction in 2013, twenty-four years after Terence first wrote his manifesto, the massive global shamanic resurgence, spearheaded by the ayahuasca movement worldwide, is seeing a critical mass of individuals exposed to the shamanic realms and the healing the great medicine ayahuasca–and a multitude of other entheogenic plants – can provide. Now not everyone is yet “remember[ing] how to behave”­ – indeed, on many levels the evidence on the ground and in the jungle is that the West is commercializing and commodifying the ayahuasca experience. The lodge system in Peru has metastasized, with dozens of ayahausca retreats opening up to cater to the ever- increasing influx of seekers, and the number of curanderos has also mysteriously increased to cater to the supply and demand. 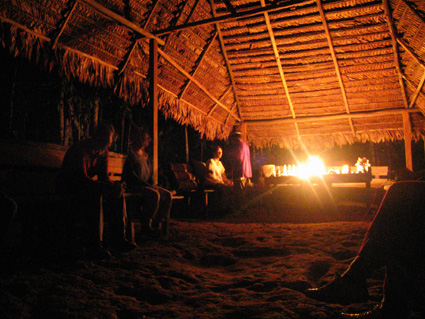 The energy around ayahuasca is not always as pure as we would hope, and there have been many unfortunate reports of Westerners that have been abused, even a few very rare cases where the duty of care was not present in ceremony, and people have died. Women especially, need to be aware that some curanderos have been said to prey sexually upon women during or after ceremony, betraying the trust that is put in them in this most vulnerable of intimacies. When this happens in the West with doctors, there is a legal system to disbar them; yet the shamanic safety net is still evolving–and we are the generation that must do the work to create it with this, and the wider issues the medicine work brings us as it integrates into the modern world.

Brujeria – negative intent – is also in the rise, and not just in the jungle, as the money and power ayahuasca tourism brings causes ripples within culture in the old world and the new. Any genuine seekers wishing to explore ayahausca are advised to research well, and check out sites like the forums on ayahuasca.com, where peer-review and community moderation reports the latest news and developments from the front edge of consciousness. Reputations come and go, and even people documented in this book have sides to them I did not experience, nor document herein, in my own travels. So caveat lector–let the reader beware.

But also remember – all of this shadow work is coming to the fore as we are asked to deal with the reality of ayahuasca in the 21st century, and how to integrate this most potent of visionary medicines into our culture in a meaningful way. For while ayahuasca is being explored by science and academia worldwide, and acceptance of its healing properties is being documented on the medical level, that is still the tip of the spiritual iceberg. Biochemical evidence gives foundational credence to religious groups and those wishing to integrate ayahuasca into existing healing and cultural modalities; yet it is my intuition that the vine – and the planetary intelligence that nurtures it–goes a whole lot deeper, and what it promises is a shamanic transformation of global culture itself.

Yes, ayahuasca has hit the mainstream, and the cultural inflection point shows no signs of slowing. The list of Hollywood celebrities that have drunk ayahuasca are many–even Jame Cameron is said to have been inspired by the ‘vine of souls’ to communicate his experiences in his 3D blockbuster Avatar. Ayahuasca peaked most noticeably in Jennifer Anniston’s 2011 Hollywood rom-com Wanderlust, where in an unlikely script development she ended up in a tree thinking she could fly, as the disinformation used to say about LSD back in the Sixties, and in every acid-cliché since then. This is the ‘horizontal’ spread of the ayahuasca meme, and the deep experience under it, but there’s another way to look – vertical. The vertical penetration of ayahuasca and plant entheogens goes as deep as horizontal goes wide, and that depth goes beyond popular culture, beyond tourism and commodification, beyond even us humans–and right to the soul.

Because as Terence also hoped, a critical mass of people are also being initiated into a spiritual awakening that is larger than the plants themselves, and goes straight to the core of the human experience. The medicine is rebalancing the human species, the arrogant children that have trashed the planet, and it is doing so in a viral way. She’s spreading fast now because the times we live in have never been more urgent, as the ecological emergency escalates around us. The planet is crying out for us humans to come back to the garden, back to that same interdependent awareness of the web of life, the cause and effect that these entheogens can assist in revealing within us. 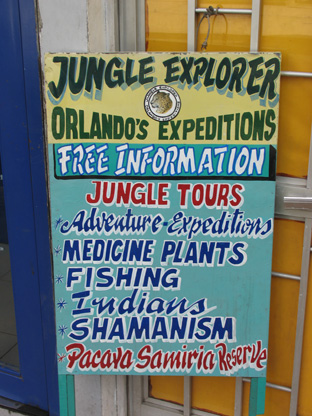 Things have evolved rapidly from the book you are about to read, which documents my first, archetypal journey into the Amazon in search of the mythic archetype of the shaman, and the reasons why so many Westerners were setting out on this “gringo trail of the soul.” Though I have been back to Peru three times now since that virgin journey in 2006, none have equaled the depth of the experience chronicled here in, nor could they, as not only the circumstances were different – so was I.

This book was a labor of love – my “love song” back to Madre and all that she showed me, and all that was revealed within me all along, just waiting to bloom. It was a leap of faith and an act of trust that the story I lived, and wrote, and knew I had to transmit to the world, was a story worth telling. I self published it in 2009 under the banner of Icaro Publishing (www.icarofoundation.org), which has now evolved into the Icaro Foundation, which helps educate and make positive media about the shamanic experience, and to reconnect to the sacred in this changing world.

It was also on that first book tour in California with friends and media makers Tim Parish and Lulu Madill, the seed for the film adaption of the book was born. That film, Aya: Awakenings, captures a widescreen, broadstrokes slice of this book’s themes, and matches it with hypnotic visuals, sensual soundscapes and mind-blowing videography that trasmits the raw experiences channelled herein, directly to the visual cortex of the viewer in an immediate, way. Like the book, the film is a ‘shamanic artifact’, something that once experienced, will transmit it’s energy into you as it communicates its message. My words are my medicine, and I hope they serve you well on your own voyages of discovery.

Ayahuasca has been part of my life now for the last seven years – a full cycle – and in that time many people in the burgeoning global medicine community have become my dear friends, colleagues and companions on a collective journey of discovery. The vine really hasreached out to embrace the world, and I have witnessed the organic, human embrace of ayahuasca and the spirit worlds it opens up, and the re-population on the world stage of the medicine people for the global village.

I say that the first wave of ayahuasca shamanism can be marked from Richard Spruce’s discovery of it with the Tukanoan indians in 1851, all the way up to 1990, when Sachamama–one of the first ayahuasca lodges was opened for Westerners outside Iquitos by Don Francisco Montes Shuna. Things speeded up in a generation from 1990–2012, when the tragedy of Kyle Nolan’s death at the Shimbre lodge in Puerto Maldonardo closed the door on another epoch, and the “dark side of ayahuasca” started to see the light.

The Third Wave of ayahuasca shamanism, as she reaches out to the world and those in search of healing, is this time, now, from 2013 on. We are the ones Madre works through, and we are the bridges from the old world to the new. And once the grand job of healing and realignment is done, well, what awaits then?

As you will discover in the pages of the book and in the film Aya: Awakenings, all those seeds that have heard the call of spirit are now on the shaman’s path. Where does it lead? Join us, and we’ll find out together. 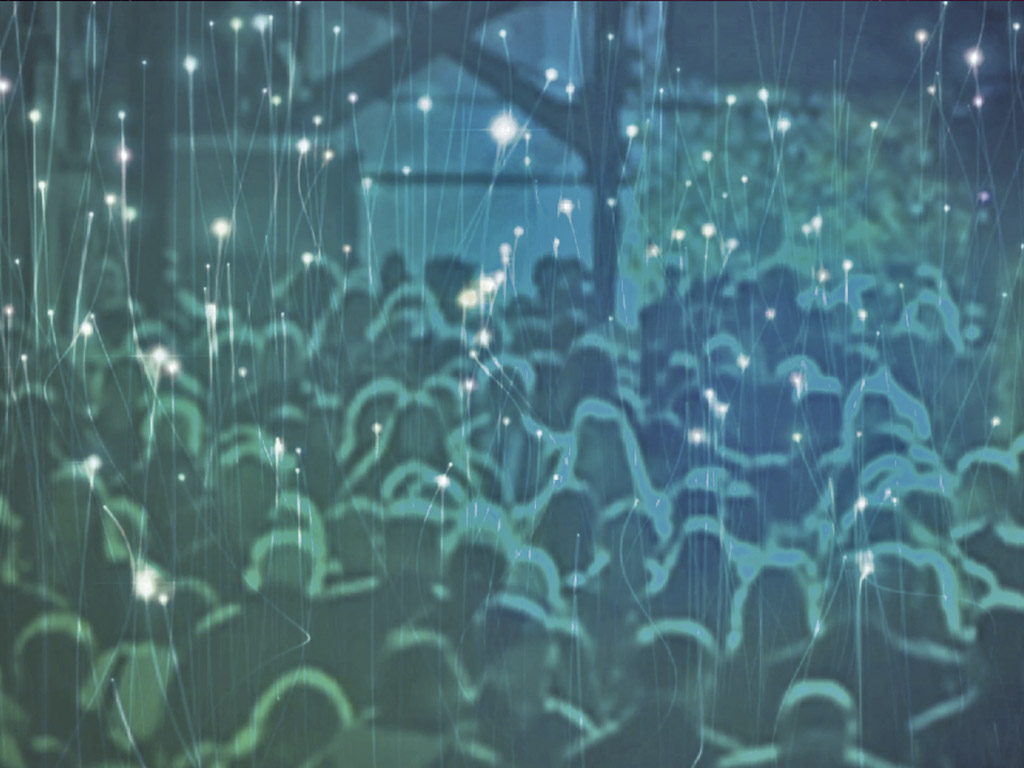